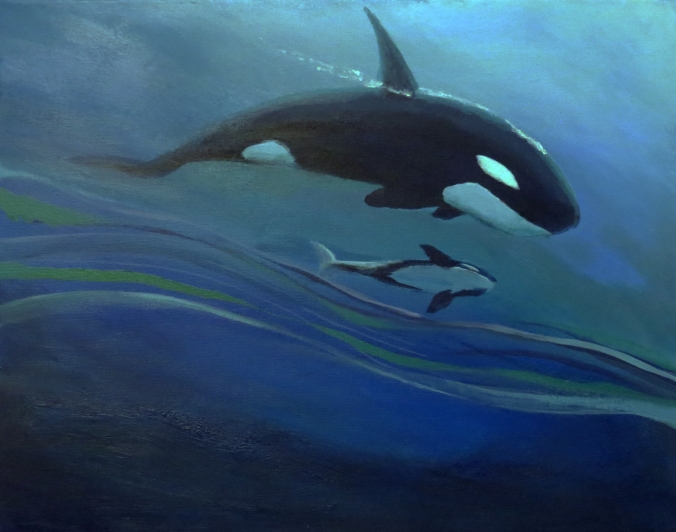 Friday night I watched a documentary called Black Fish. It’s a really moving documentary about the dysfunctions that develop in Orcas when kept in captivity By extension they spoke of the injuries and deaths of Orca trainers over the past 40 years. They spoke a bit about the intelligence of Orcas. Apparently they have a  highly evolved sense of communal intelligence.

I haven’t been able to stop thinking about these animals and the pain that we put them through for our whims. This painting came from thinking about free Orcas. There’s something quite magical about them. I hope I’ve captured a sliver of that beauty.

Jumbie Art represents my personal creative process. I suppose it's a kind of meditation. A Jumbie is a spirit and so to me my pieces are Jumbie works. In some ways I think of myself as a vessel through which these vistas can present themselves. All I can do in the process is quiet my mind and allow the inspiration to guide me. Thanks for tuning in.